My last few posts have been about various aspects of training (physical and mental), and this blog post I want to go in a little bit of a different direction and talk about how to market yourself as a player. This is a topic that is overlooked by a lot of guys, even though it’s very relevant to playing at the next level (whether you’re in high school trying to find a college to play at or in college trying to get seen by scouts). Being able to stand out among guys at a similar talent level to you is huge in moving up in the game, and because a lot of guys ignore this, marketing yourself well (or even at all) can be a game changer. This is honestly the whole reason why I got started with this blog, and hopefully in the next year or two it will help me get a chance to play professional baseball. As a side note, it’s been a couple weeks since my last post, and that’s because we started a new term at Caltech a few weeks ago. My workload this term was pretty high until I dropped what would have probably been the hardest class I’ve ever taken (the class is called CS 38 and has homework sets that take 20+ hours/week to complete…pretty unreasonable). Anyways, now that I’ve dropped this class, I should have a lot of extra time on my hands and can start getting posts up on a weekly basis again. With this being said, let’s get to the content of this week’s post: how to use social media and a training website as platforms to market yourself!

One big platform guys can use to market themselves is on social media. In today’s world, everyone is on social media, including the college coaches or pro scouts that you’re trying to be seen by. On Twitter particularly, there’s a pretty large “baseball Twitter” community, including scouts, coaches, and people with connections at all levels of the game, which translates to a huge opportunity to market yourself and catch someone’s eye. For this reason, I would recommend that anybody reading this interested in playing at the next level make a (public) Twitter account and post some kind of training content, whether it be video, stats, etc. Coaches and scouts might see this and be interested, and even if you don’t get signed off of a Twitter video, it can help you get your name out there. This goes without saying, but it’s important to be smart with what you post on Twitter (and all social media), because leaving a bad impression on Twitter or Instagram is an easy way to get written off of a coach’s or scout’s list.

What should you post on Twitter/Instagram/etc.? The best thing to do would be to post updates about your training, and to document everything as much as possible. A really good way of doing this is to make a website (which I’ll talk about more below), and use the website as a way of organizing all of this information. From here, you can use Twitter or Instagram to post highlights or new content from your website, in order to hopefully grow a following (hint: this is what I do!). Even if you don’t want to make your own website, you can still use these platforms to market yourself. All it takes is one scout or college coach to like what they see a video in order to get an opportunity, and any kind of marketing is better than nothing (for example, even if your Twitter account only has a couple of training videos on it, that’s still better than not posting anything).

A particularly useful resource on Twitter that I wanted to mention is the FlatGround account, run by Rob Friedman (aka pitching ninja), who I’ve referenced or credited on several other blog posts. Rob’s mission with FlatGround is to “level the playing field” of scouting and recruiting, and give guys who might not have access to certain opportunities (e.g., a college guy who doesn’t play at a big time D1 school, or a high school guy who might not be able to afford an expensive Perfect Game showcase) a chance to showcase their tools. This platform has already given several guys opportunities to get signed, like Chris Nunn, who got picked up by the Dodgers after someone posted a bullpen video of him touching 100 mph. A year or two ago before Rob created this page, Nunn might not have gotten this kind of an opportunity, but thanks to FlatGround (and Nunn being willing to market himself actively), he earned a spot with an affiliate team. 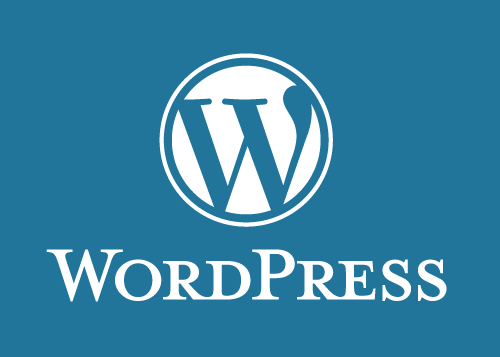 As I mentioned above, a really good way to organize and document your training is by making your own website for this purpose. I use wordpress.com for this website, and I’ve found that it works pretty well overall. Tanner Reklaitis helped me get set up with mine, and gave me the idea to begin with in this blog post on his website. As a guy in a similar position that Tanner was in as a college junior (someone who is within striking distance of being a draft prospect, but who has work to do in order to get there), I agree with his observation/idea that having all of this information well-documented on a website can give you a bit of a leg up over guys with similar ability level. Rather than having to look around on multiple different websites or platforms to find your information, video, etc., scouts or college coaches can see everything in one place, and can also track your progress over time to see how you are improving and developing. This will ultimately give these coaches/scouts the most complete picture of you possible, as opposed to evaluating you based on a recruiting video and maybe seeing one or two outings in person.

A lot of guys probably shy away from this due to the complications of setting a website up, but I’ll let you know firsthand that it really isn’t very difficult at all (especially if you use a platform like WordPress to build it), and I got mine set up without having to put in very much time (5-6 hours max if you’re efficient). Plus, it’s pretty fun to write new posts, add new content, etc., especially if you’re someone who reads about baseball and about training on a regular basis. If anyone out there reading this is interested in setting up a training website like this, let me know and I can help you out!

My week(s) of training

Obviously, it’s been a few weeks since my last post, so I have a few games to go over on here:

The first game against Redlands was a while ago now, but I remember not feeling very synced-up mechanically in that game, and not really feeling like I was throwing that hard. I was pitching fairly well through the first two innings, and I probably shouldn’t have come out for the third inning, but I did and ended up giving up a hit, a walk, and a hit batter and getting taken out.

Against Oxy, I felt probably about as good as I ever have. My mom was at the game watching, and she said that I was 86-91 on my warm up pitches (which were about 90-95% effort), according to the Oxy guys who were gunning (they got up and left after my warm up pitches). Unfortunately, they didn’t get any velos during the actual game, and I really let a couple 0-2 and 1-2 fastballs go that could have been PR’s. Even if they didn’t have the velos from this outing, I just flat out overpowered their hitters, and even though I threw nothing but fastballs, none of the hitters even fouled a ball off, which is another reason why I think there’s a good chance that I hit a PR. Either way, I’ll have consistent velo readings again once the offseason starts in a couple weeks. Unfortunately, the scorer for Oxy messed up and didn’t count my inning in the box score, even though they noted that I pitched the 6th in the play-by-play, although they did credit me with my first collegiate at bat (which didn’t actually happen).

Yesterday against CMS didn’t go very well, and I felt like I was falling into the same mental “traps” that I had been in previous weeks. I was becoming too conscious of the previous pitch as opposed to flushing the result (good or bad), and in particular when I threw one or two balls in a row I tried to aim the ball over the plate to get a strike, instead of just sending it and not thinking at all about what the count is, whether or not runners are on base, etc. This season (which will end this coming Saturday) hasn’t gone the way that I wanted it to go at all, and it’s frustrating because I invested a lot more time and effort than I ever have into training this past offseason. I plan on talking more about this in my next post, but it’s important to note that no matter how hard you train or prepare, you’re never guaranteed success, and I had the opportunity to listen to a great speech by former first round draft pick Casey Weathers about this exact topic when I was at Driveline last summer. At the end of the day, all you can do is prepare as well as you can and hope that success follows, and if there’s anything positive that I can take away from this season, it’s that I prepared more and put myself in a better position to succeed than I ever have before, even if the results don’t show it.

View all posts by grantm458